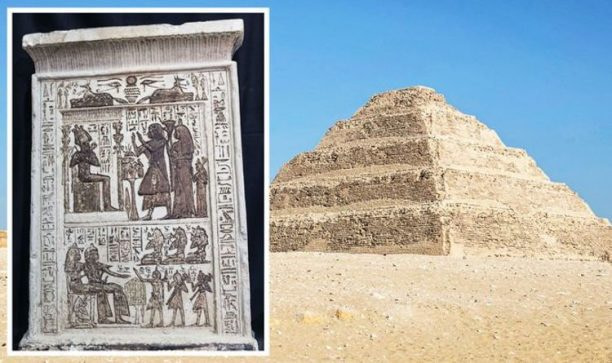 Recently, Egyptian researchers stumbled upon an ancient treasure of more than 100 coffins and countless valuable artifacts.

Over the years, Egypt has been one of the most prized and promising hidden treasures of archeology.

Excavations in the North African country began in the mid-1880s, when William Matthew Flinders Petrie, the British Egyptologist often called the “father of Egyptian archaeology”, began work. mine.

Many archaeologists and researchers have flocked to this country, digging and analyzing every square meter to find something.

Having said that, it is hard to believe that after more than 100 years of excavation and digging, there is still anything that can be discovered in Egypt.

However, in reality, there are still countless ancient artifacts that continue to be found each year.

A very large tomb was recently discovered, according to the Smithsonian Channel documentary, ‘The Grave Hunter’.

Here, the group accompanied archaeologists in Saqqara and found statues and other relics.

The many “precious treasures” found proved that the people buried in the tomb belonged to the elite at the time – many items believed to be up to 2,500 years old.

They discovered a statue, an amulet said to protect the souls of the dead, gilded and preserved in perfect condition.

The statues were buried with the dead as mementos and symbols of good luck in the journey to the afterlife. 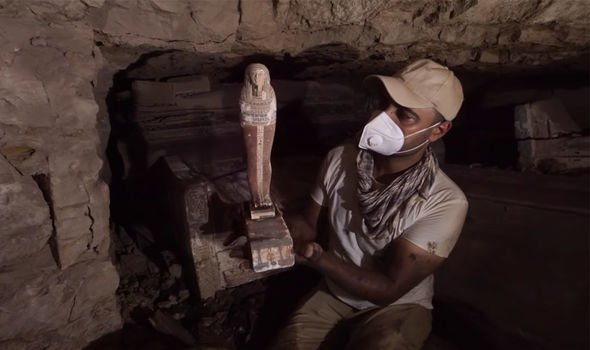 Numerous statues were found inside the mausoleum.

The ancient Egyptians were extremely worried about reincarnation in the afterlife, they diligently read the books of the dead for tips and advice, and they would do whatever they could for their loved one’s afterlife.

Dr. Mohammad Youssef, director of the excavation site, said: “The mummification and burial activities are both related to religion, but also partly a business.”

“The carpenters, the statue-makers, the priests, the guards, the mummies… It’s all business.”

The team continues to delve deeper into the mausoleum in hopes of finding more. They quickly found the coffins stacked, extremely cramped.

The narrator said: “This place has become a large tomb with more than 100 coffins.”

“The burial of all these people required very complex planning,” said Katharina Stövesand, an Egyptologist.

“These coffins show that Saqqara is home to a huge death industry where the dead are the customers.”

“They’re selling places in the mausoleum as well as embalming, priests participating in the rituals – all of this costs a lot of money.”

The mausoleum was quickly recognized as the largest concentration of coffins ever excavated in Egypt, three times larger than those found before.