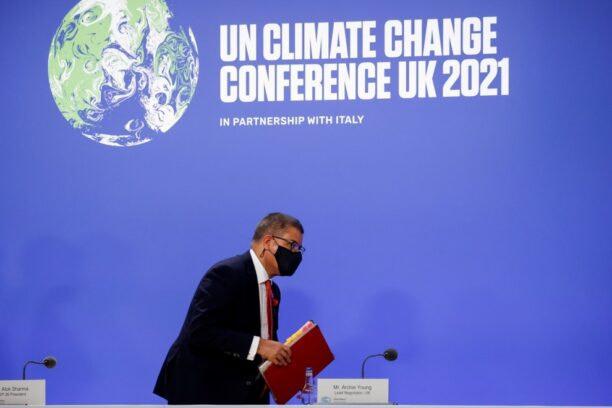 The presidency of the Glasgow Climate Summit, COP26, has released the latest drafts after a long night of negotiations. The result hardly represents an improvement in ambition compared to previous documents, as it maintains the same ambiguous and weak language about the end of financing fossil fuels.

The text presented by the COP presidency does not improve on the controversial draft that was published on Friday. There is still no bet on a clear reference to the end of the financing of gas, oil, and coal. In this way, the idea of ​​gradually eliminating “inefficient” fossil fuel subsidies is maintained, a word that leaves the door open for the oil and coal economies to continue exploring and exploiting deposits. The only point added in this paragraph is a brief allusion to the need to “increase energy efficiency measures”.

Concerning the financing and cooperation of the developed countries with which they are developing, there is hardly any news. On adaptation, the Green Fund still does not receive adequate funding and agreed in Paris in 2015. This fund is a tool with which rich countries pledged to contribute economically to ensure that the regions most vulnerable to the climate crisis could transform their economies and make them more resilient. The goal was for the great powers to add $ 100 billion annually from 2020, but the figure is about $ 20 billion below. In one of the drafts published this morning, countries are urged to double the contribution, but there is little progress, while 2022, within the framework of COP27 in Egypt, is called to review this point.

When it comes to lose and damage mechanisms – the other great hot spot in the negotiations – the rich countries are still not pitching their shoulders. As the new draft is interpreted, a call is made to the Parties to continue dialoguing to clarify how developed nations will finally help the countries of the Global South to face the economic losses and damages derived from extreme climatic phenomena such as droughts, waves of heat or flooding. This last group of countries is calling for a long-term strategy based on the contribution of some 1,300 million per year from 2025.

The debate on the creation of an international carbon market also remains too green and with many different options open in the text. This point has been postponed, summit after summit, at least since 2018 and it would not be surprising if Alok Sharma, the president of COP26, did the same, leaving the debate for the 2022 summit.

It is expected that throughout the morning a final plenary session will be convened where the countries will debate for the last time with a view to the publication of the Glasgow agreement.

According to the intentions of the COP presidency, the meeting should end on Saturday afternoon, but a further extension cannot be ruled out.