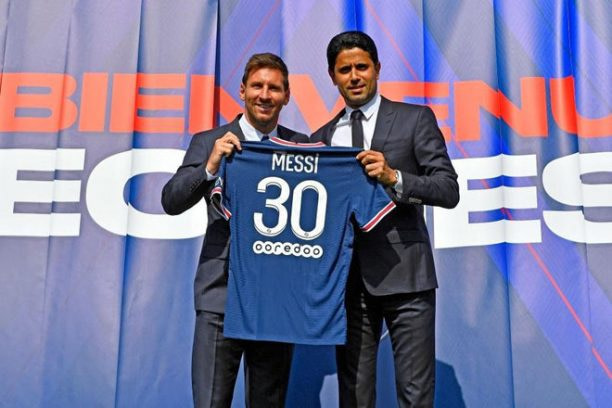 PSG is in the top 5 football clubs with the most expensive squad in the world but does not hold the number 1 position.

PSG is having the most successful transfer period in history when 4 out of 5 quality rookies they have recruited this summer have come to the Park of the Princes on a free transfer. The most notable of these is Sergio Ramos and Lionel Messi, two great former captains of Real Madrid and Barcelona.

Messi left Barcelona after 21 years to join PSG this summer

Despite just recruiting Messi and having “extreme” financial resources from owner Nasser Al-Khelaifi (who has an estimated net worth of up to $8 billion, or more than £5.8 billion according to Glusea.com). ) but PSG is not currently the player with the highest squad value in world football.

Recently, The Sun has published a list of the top 10 football clubs with the most expensive squad value today. In the top 5 names, only PSG is the only team not in the English Premier League. The remaining 4 names are all “big guys” of the Premier League, including Man City, Chelsea, MU, and Liverpool. 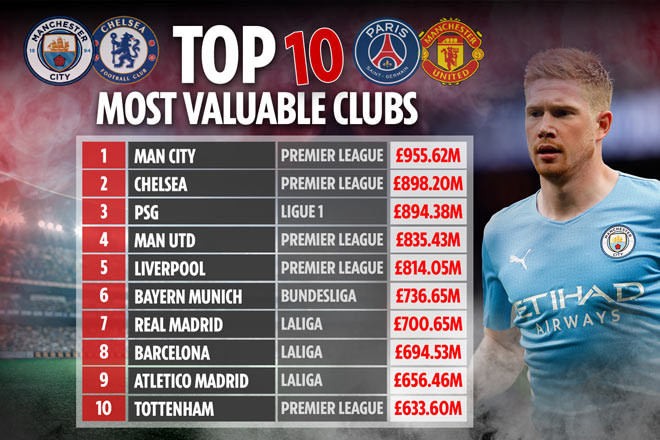 At the top of this list is Man City. According to the valuation of the Transfermarkt site, with the £ 100 million contract Jack Grealish has just appeared, coach Pep Guardiola’s team this season has a total value on the transfer market of up to £ 955.62 million.

Among them, the 11 players who started Man City in the 0-1 defeat against Tottenham Hotspur on August 15 in the opening round of the English Premier League this year cost a total of £ 530 million. And the names sitting on the bench of the defending Premier League champion at that time were also worth up to 300 million pounds. 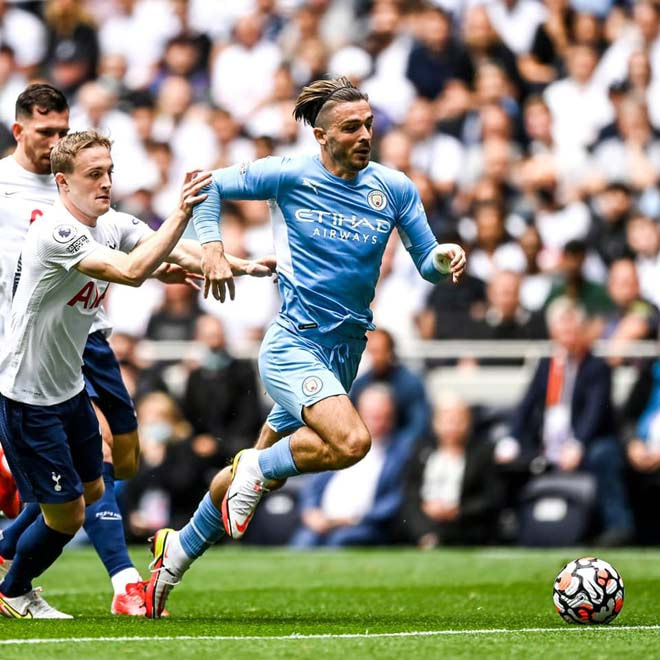 Despite being the football club with the largest market value and owning a £100 million rookie Jack Grealish, Man City has just lost 0-1 on Tottenham’s field.

Second on the list of the most valuable squads currently is Chelsea. With the signing of the former Romelu Lukaku from Inter Milan for £ 97.5 million, the “Blues” stars are currently valued at about £ 898.2 million. 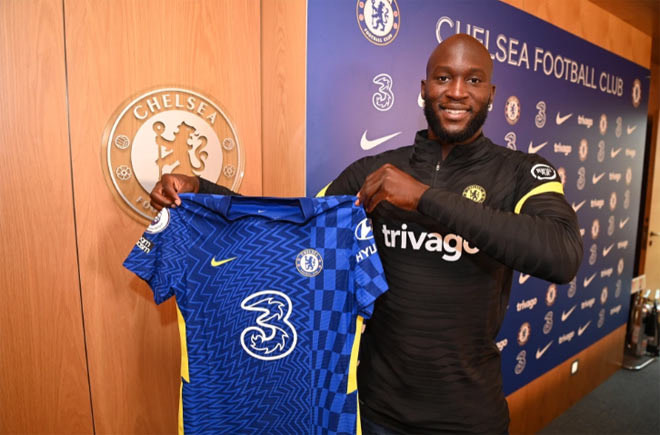 PSG is third on this list with a squad value of £894.38 million after the Park of Prince’s team recruited Georginio Wijnaldum, Gianluigi Donnarumma, Achraf Hakimi, Sergio Ramos, and Lionel Messi.

MU, with the acquisition of Jadon Sancho and Raphael Varane this summer, has been valued at £ 835.43 million and ranks fourth in the list of clubs with the highest squad value in the world. Their rivals Liverpool are in fifth place with their current squad valued at £814.05m. 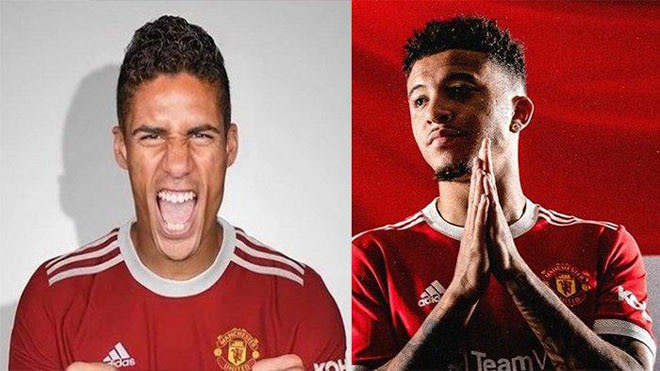 Having bought Sancho and Varane, MU is considered to have the fourth highest current squad value in the world

It can be seen that, with the inability to sign a new contract with Messi, Barca’s squad has decreased in value and, understandably, they are only 8th in the world at the moment.

Pochettino: “Having Messi, the Best of All Time, was a Gift of Life” 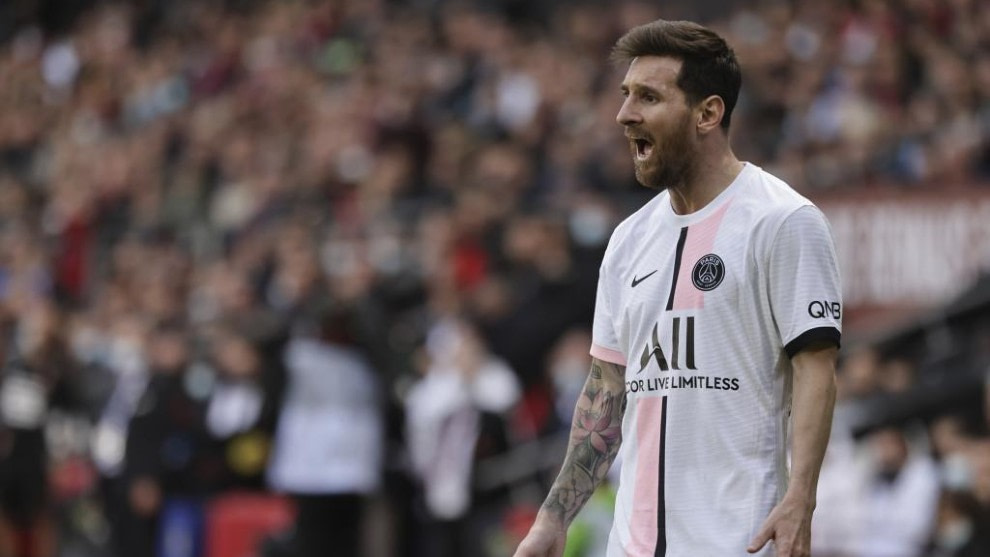 Pochettino: “Having Messi, the Best of All Time, was a Gift of Life”

October 9, 2021
What Does Ronaldo Eat and How are MU Teammates Afraid of the 36-Year-Old Striker? 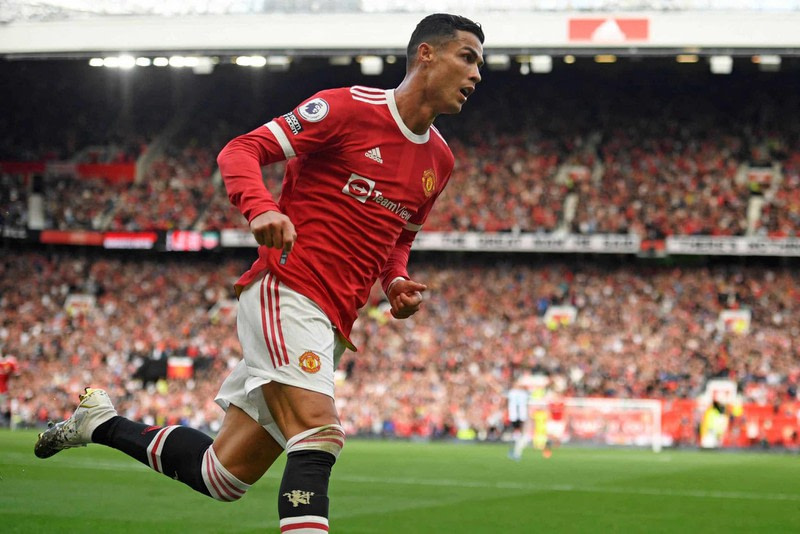 September 14, 2021
Messi Does not Tolerate Neymar in the South American Super Classic 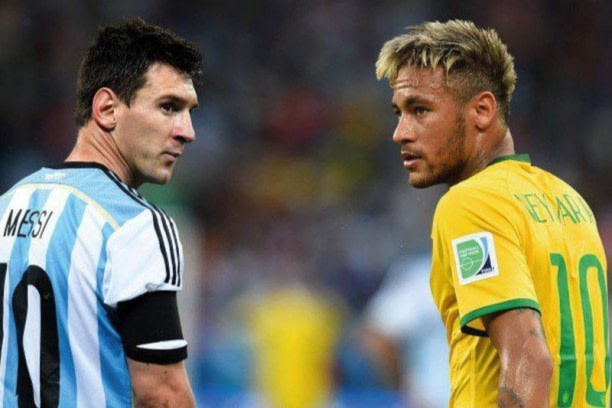