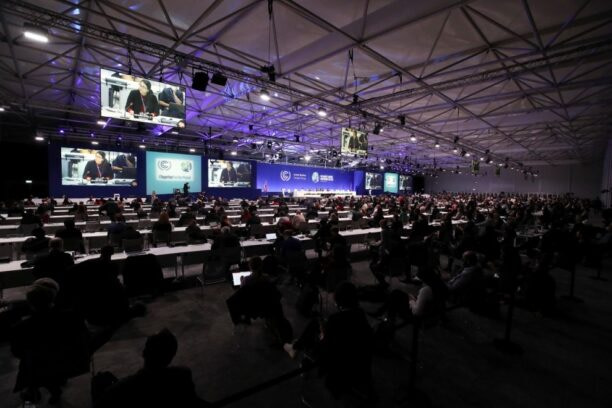 The countries are expected to reach a pact in the next few hours. The ambiguous language about fossil fuels and the lack of cooperation from developed countries are weighing on the chances of a positive outcome.

Negotiations at the Glasgow Climate Summit, COP26, have failed to reach an ambitious agreement this Friday, at which time the multilateralism meeting was officially closed. However, the nearly 200 delegations continue to dialogue and it is expected that in the next few hours a final document that will save the outcome of the summit will be finalized.

Negotiations have been precipitated this Friday after a final draft of the agreement was released earlier in the day, which has blown up much of the progress achieved during the second week of COP26. On Wednesday, the countries introduced in the negotiating text the need to end the financing of coal and other fossil fuels, something unprecedented since not even the text of the Paris Agreement made mention of dirty energy despite being the main cause of global warming.

The latest draft, however, has ruined everything that has been achieved, since it clarifies, with ambiguous and weak language, that it should stop financing only “inefficient” fossil fuels. An unclear term that could serve so that the oil or coal powers can continue to exploit deposits and sustain their growth in the energies that contribute the most to the climate crisis. This change responds to the balance of the language derived from the diplomacy of agreements by consensus that prevails in the COP. In other words, delegations like Saudi Arabia or AustraliaThey have pushed hard enough to decaffeinate the writing and lower their ambition. It will be necessary to see if this part remains as it is or if new changes are added for better or for worse in the final framework agreement.

This COP26 is on the way to becoming one of the most unequal and in which the divisions between developed and developing countries are becoming more evident. “It is outrageous that the current text does not recognize the importance of international collaboration to understand and address the implications of climate change on global health,” warned Panama in one of the high-level plenaries on Friday. A claim that was supported by the speeches of Bolivia, Argentina, or Tuvalu, among others.

The reality is that the negotiations are stuck in terms of climate justice and the delegations of rich countries are not doing their part to solve the toughest issues. In itself, they have already planted themselves in Glasgow in breach of part of the Paris Agreement that called for contributing 100,000 million dollars a year to the Green Adaptation FundStarting in 2020, a mechanism by which the nations with the most power pledged to help the regions of the world most vulnerable to the climate crisis to reconvert their economies and societies to the conjuncture of droughts, floods, and extreme heatwaves. The figure is, a few hours after COP26 closes, $ 20 billion below the target. Neither does the money arrive to promote the Santiago Network destined to defray the expenses of losses and damages?

The development of the rules of Article 6 of the Paris agreement is not as it should be at this point at the top. This point of the treaty exhorted the countries to develop an international cooperation tool that would allow the issuance of transactions between countries for emission rights. It is about designing a kind of international CO2 market, but with a perspective that is as far removed from capitalist dynamics. However, the Paris text is so ambiguous that each delegation interprets it in a certain way and by now the drafts are too long to guarantee that there is finally agreement. The COP25 in Madrid started with the objective of settling this point, but it ended – 36 hours later than planned – without a pact on the table and everything was left for Glasgow. Will Egypt’s COP27 in 2022 be postponed again?

At this time, the only meeting point to have a positive result is that of ambition. Governments have committed, if the final agreement does not say otherwise, to “review” and “reinforce” their targets for reducing greenhouse gas emissions for 2030 before the end of 2022, that is, for the next climate summit.

In this sense, the current draft establishes that countries must increase their actions and reduce CO2 emissions by 45% compared to 2010 over the next decade. Only in this way, the document acknowledges, will it be possible to keep the rise of the global thermometer below the 1.5ºC threshold. The situation is delicate since the text itself recognizes that the powers that attend COP26 are not acting as they should, while the current decarbonization plans will not only not reduce global emissions, but could increase more than 13%.

Read: International Support for the Elections in Libya and Ultimatum for Mercenaries