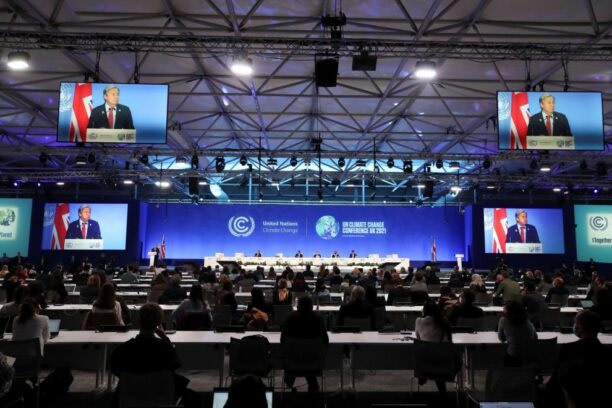 With changes in the text and a more ambiguous language, the countries do not reach an agreement on financing issues due to the lack of cooperation from developed governments. Article 6, related to carbon markets, does not show any progress either.

The latest draft of COP26, the Glasgow Climate Summit, maintains a certain balance with the latest documents and continues to call for an end to investments in fossil fuels. Although pressure from Saudi Arabia or Australia has been circumvented, the wording of the text is much more ambiguous and weak and it is not entirely clear that an end to dirty energy funding is being called for.

The previous draft called on governments to accelerate the divestment of fossil fuels and directly raised the end of coal. It was recognized for the first time in a text that the burning of dirty hydrocarbons and minerals was the main cause of global warming. Now, however, the text “calls” on Parties to accelerate the deployment of renewable energy and low-emission systems. There is no talk of eliminating all subsidies for fossil fuels, but of those that are “inefficient”. Although it is a vague word, it serves as a subterfuge so that countries with a high dependence on oil or coal can keep their interests intact.

Global investment in fossil fuels in 2020 was around $ 350 billion, according to data from the OECD, the International Energy Agency, and the International Monetary Fund. An amount that far exceeds the 100,000 million allocated to renewable energy worldwide.

On the other hand, the document published this morning does not have any progress in terms of climate justice. Rich countries still do not contribute the 100,000 million dollars a year to the Green Adaptation Fund, a figure they had agreed for 2020. The text of this latest draft notes in paragraph 44 the “deep regret” that developed governments do not reach the objective and break their word.

The only advance in terms of financing and climate justice is that of the Santiago Network, a tool created at COP25 in Madrid that will help industrialized regions cooperate economically so that countries most vulnerable to the effects of the climate crisis can face loss and damage from floods, droughts, and other extreme weather disasters. Now, some funds are being advanced, but they are not destined precisely to reparation but technical issues of operation of this institution. In other words, everything points to the debate continuing at COP27 in Egypt. 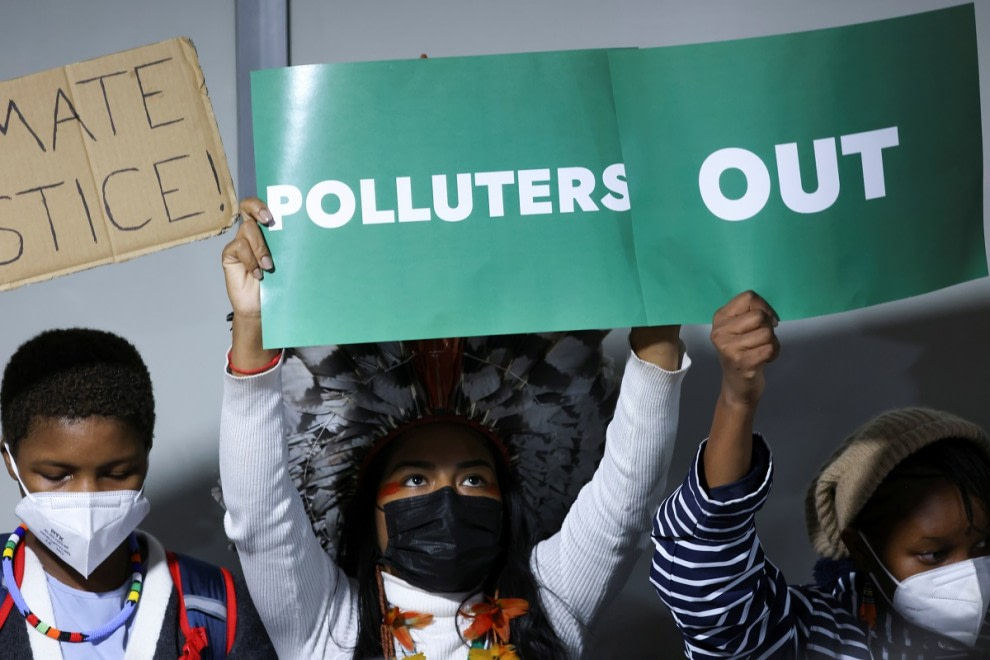 Demonstrators protest with banners at the United Nations Conference on Climate Change in Glasgow, COP26. – REUTERS

Article 6, far from an agreement

The governments have also not reached a consensus on how Article 6 of the Paris agreement, the one related to the creation of international carbon markets, will be deployed. Since at least 2018 the negotiations have been entrenched and this summit was presented as a great opportunity. However, there is no indication that the Parties will agree.

The presidency of the COP is uploading drafts apart from this matter, due to the length of the text that arises from the multiple options that are raised. The divergences have to do with the problems of double accounting, that is to say, that both the country that buys emission rights and the one that sells them, consider the reduction in their inventories as their own. In addition, Japan and Brazil are pushing to maintain credits from the Kyoto Clean Development Mechanism, the former carbon market system.

For observers and environmental organizations, this latest draft, on the eve of the closing of COP26, represents a “step backwards” concerning the limited progress that had been made this week. “The text is far from the previous one. There are commitments that have been eliminated and that now have become simple declarations of intent,” explains Javier Andaluz, responsible for Energy and Climate at Ecologistas en Acción. “This agreement is impoverished compared to the previous one. It is weakened. Instead of mentioning fossil fuels, it has been included in a generic paragraph on technology,” adds Irene Rubiera, delegate of Ecologists in Action at COP26 in Glasgow.

“It could be better, it should be better, and we have one day left to do much, much better. Right now, the traces of fossil fuel interests are still in the text and this is not the groundbreaking deal that people were hoping for. in Glasgow “, has valued Jennifer Morgan, executive director of Greenpeace International.

“The draft has been weakened. Saudi Arabia and Australia have managed not to talk about the end of coal and fossil fuels, but about the end of inefficient fuels, something that does not exist. There are only good fossil fuels, which are the ones that they are still underground. In addition, financing continues to be something that is postponed indefinitely, since developed countries are not cooperating and it seems that there will be no agreement “, assesses Florent Marcellesi, member of Los Verdes.

“It is a draft downward. If the lack of ambition meant that we were not in a position to ensure an increase in temperatures below 1.5ºC, the fact that the mention of fossil fuels has been diluted still takes us further away from the essential ambition “, considers Juan López de Uralde, president of the Commission for the Ecological Transition of the Congress of Deputies and federal coordinator of Alianza Verde, who hopes that this summit will resolve at least the unknowns related to financing for adaptation.

Read: The End of Fossil Fuel Subsidies Conquers COP26, Which Lengthens the Negotiations for a Final Agreement